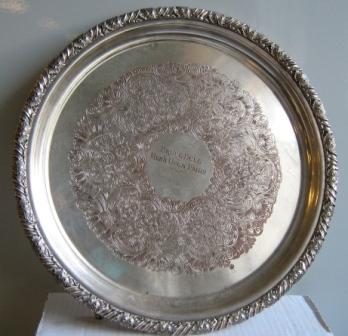 Donated in 1974 and awarded to the top mens pair in the Bell Taylor Pairs played in February/March. Bruce Bell , the "Grand Old Man" of New Zealand bridge, had boundless enthusiasm for the game and many bridge clubs in New Zealand owe their origin directly to his efforts. He gave his time in coaching and lecturing to university players and other clubs. He was a regular player at the Auckland Club and many of us have had the privilege to play with or against him. He was made a Life Member in 1971. You can see how successful a player he was as his name appears on most cups and was almost unchallenged for 15-20 years. In 2015 Bruce's family donated many of his papers to New Zealand Bridge's archives.