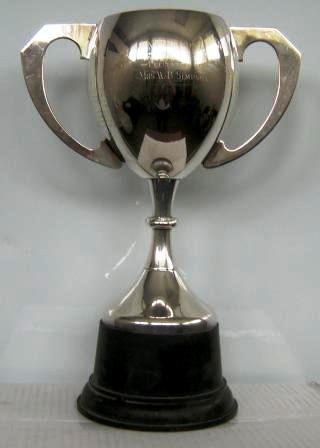 Donated in 1965 by Mrs Simpson. 5A Saturday tournament usually held in November. In the mid 1930's the Club moved to the Pacific building in the city. Irma and Wes Dodd joined then. Wes was made a Life Member in 1959. Irma still played for 20 years after the Club moved to the Remuera Road rooms in 1970.