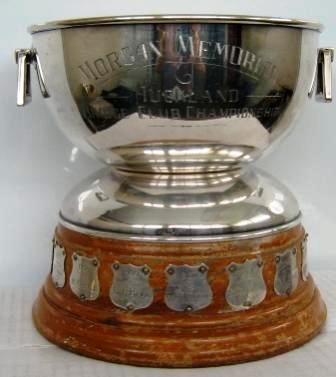 Thursday evening. Donated 1967. Men's Points trophy. The young Club was in financial difficulties, Mr Polly Morgan took over as secretary, sought new members and increased their financial contribution. The club survived. He acted as Treasurer and scorer and still had time to play bridge and win his own cup. He was the president in 1943/45 and was made a Life Member in 1943. He was an early partner of Bruce Bell, one of NZ's best players.